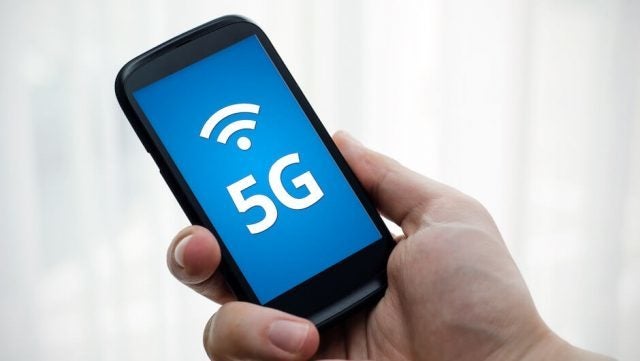 The FCC on December 10, 2020 adopted a Notice of Proposed Rulemaking seeking comment on proposed rule changes that would (1) allow conditional sales of radiofrequency (RF) devices to consumers prior to authorization, and (2) allow certain RF devices to be imported into the U.S. prior to equipment authorization for pre-sale activities. According to the NPRM, the changes “would allow device manufacturers to take full advantage of modern marketing and importation practice.”

Comments and reply comments on the proposals will be due 30 days and 60 days, respectively, after the NPRM is published in the Federal Register.

The NPRM builds on a 2017 Order that substantially updated the FCC's equipment authorization and marketing regulations. We encourage companies subject to these rules, whether in the U.S. or overseas, to consider how the proposed changes would impact their plans to sell or import devices in the United States. CLC has substantial experience helping client navigate the FCC's rules and policies affecting 5G and other equipment.

FCC rules generally prohibit marketing RF devices prior to obtaining equipment authorization, with certain exceptions, including allowing conditional sales contracts – that is, sales whereby the actual delivery of the product to the buyer is postponed – to wholesalers and retailers. For purposes of the rules, “marketing” includes “sale or lease, or offering for sale or lease, including advertising for sale or lease, or importation, shipment, or distribution for the purpose of selling or leasing or offering for sale or lease.” In general, the rules prohibit marketing RF devices unless the devices have been properly authorized or otherwise comply with all applicable technical, labeling, identification, and administrative requirements. Exceptions to the general rule allow conditional sales contracts between manufacturers and wholesalers or retailers, and sale of devices in the conceptual, developmental, design, or pre-production stage to business, commercial, industrial, scientific, or medical users.

In response to a request by the Consumer Technology Association, the FCC now proposes to allow, for most RF devices, prior to authorization, conditional sale contracts between manufacturers and potential customers, and advertisements for such sales. Delivery to consumers prior to authorization would continue to be prohibited. While the current rule and exceptions apply solely to manufacturers, the NPRM asks whether the scope of the proposed exemption should be expanded to allow other parties to engage in conditional sales to consumers.

In the NPRM, the FCC agrees with manufacturers and retailers that the change is justified based on marketplace developments and consumer experience with a variety of products, citing increased consumer familiarity with pre-launch orders, Internet-based direct-to-consumer preorders, crowd-funding platforms, and online marketplaces. The FCC also credits potential benefits to manufacturers and retailers, including the ability to gather more accu rate information about consumer demand, improved supply-chain management, and improved management of transportation and other costs. The FCC asks parties to comment on the relative costs and benefits of the proposed change.

Consumer Protection Issues. The new rule would require a prominent disclosure to prospective buyers that delivery is contingent on compliance with FCC equipment authorization and technical requirements. The NPRM asks whether to require additional disclosures, such as requiring sellers to provide information on how to seek a refund if the device fails to receive authorization, and whether to require a label on packaging stating that delivery to consumers prior to obtaining equipment authorization is prohibited. The NPRM also asks whether manufacturers should be required to maintain records in order to account for equipment if authorization ultimately is not granted or if the FCC must take enforcement action, how the FCC could best enforce the rule, and how consumers could obtain relief if a manufacturer or other party violates the rule.

Current rules prescribe conditions under which RF devices may be imported into the U.S., and provide exceptions for equipment that has not completed the FCC equipment authorization process but nevertheless may be imported, such as for compliance testing, repair, or use by the Federal government.

The FCC now proposes, as urged by CTA and others, to allow up to 4,000 RF devices to be imported prior to equipment authorization for pre-sale activities, including imaging, packaging, delivery to retail locations, and loading devices with specific software to demonstrate specific features of the devices when displayed at retail locations. However, the FCC would continue to prohibit marketing to consumers, offering for sale, displaying, sale, and operating devices until authorization has been obtained. The 4,000 device limit would apply nationwide, not for each shipment of imported devices.

Only devices subject to the FCC's Certification process would qualify for the proposed exception. Certification is one of two FCC approval procedures for equipment authorization, the second being Supplier's Declaration of Conformity (SDoC). Certification is more rigorous, applicable to devices with greater potential to harm consumers or cause interference to radio operations. Certification is issued by an FCC-recognized Telecommunication Certification Body (TCB) based on an evaluation of documentation and data submitted to the TCB. Information for all Certified equipment is posted on a public FCC database. In contrast, SDoC is a self-certification process that requires the party responsible for compliance (who must be located in the U.S.) to ensure that equipment complies with the appropriate technical standards. Equipment authorized under the SDoC procedure is not listed in an FCC database.

According to the FCC, the new importation exception would allow consumers to examine devices more quickly and allow them to make more timely purchase decisions; enable sales associates to become familiar with mobile 5G, Internet of Things, and augmented reality and virtual reality devices; and facilitate an accelerated rollout of devices to maintain U.S. global leadership in these industries.

The FCC proposes to allow import under the new rule subject to the following conditions:

The NPRM asks for comment on a number of issues related to this proposed new exception to the importation rule, including likely costs and benefits; whether the FCC should adopt conditions in addition to those proposed above; whether specific controls are needed to ensure manufacturers cannot exceed the 4,000 limit; whether, in addition to or in lieu of a strict numerical limit, the rule should differentiate based on the type of device, such as U-NII devices, medical devices, or devices designed to operate exclusively in public safety bands; whether to require a remote shutdown feature for all devices subject to the exception; whether, once imported, devices should  be kept only at specific locations, such as distribution facilities, prior to authorization; how enforcement of the rule should be structured; and how the FCC can work with the Customs and Border Protection (which has authority over all goods entering the U.S.) and other agencies to ensure that devices imported for pre-sale activities prior to authorization comply with all applicable FCC conditions.

Thank you for contacting us. We will get back to you shortly.

Please complete all required fields below.